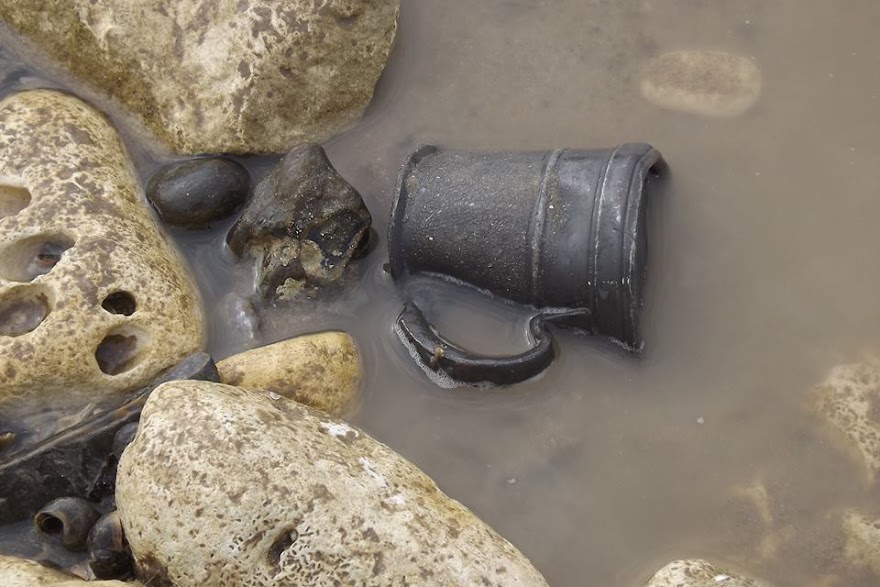 This autumn through to the late spring of 2012 promises to be a year of discovery following the announcement that sea defence works at Margate are to begin. To many it may be a inconvenience and others it will be something to moan about. But for those of us with the knowledge this will be a once in a lifetime opportunity to get a insight into the early history of maritime Margate and early seaside history as the digging for the defence works will cut through layers of anaerobic silt that has built up over centuries.
The area of where the works are to take place around the Marine Drive area is of special importance because this is where the bathing machine first operated in the 1730's from the area known as Hazardous row and also where the bathing rooms from the lower high street entered the sea by steps. It is unfortunate that Marine Drive constructed in the late 1880's has probably sealed in most of this history. However, I am still sure there is still plenty of opportunity to make some interesting discoveries outside the sea wall as some of the silt does date back centuries.
So what is the evidence ?
Well in the past I have known of three cases where diggers have dug up the black silt/mud/clay that I cherish on such digs. One time being when the boating pool was dug out in the seventies, another being repair works to the Kings Steps and repair works to the sea wall side of the Parade. In each case vast quantities of coins and artefact's dating back to the 1700's were found from what is a relatively small area in comparison compared to the new sea defence works. I must stress that at the time many people with metal detectors dug in these areas and hardly any finds were recorded at the time and previous finds are either based on my personal experience and word of mouth.
This time I do hope with internet forums, blogs, and facebook etc., that as many finds as possible will be recorded. I often think wouldn't it be amazing if a Margate dig project could be set up to record all finds from Margate sands and Harbour area from the start of the sea defences work to the late spring 2012 with the intention of forming some sort of a display for the summer. Or is that me being too much of an idealist.
Posted by A J Ovenden at 16:30 6 comments: